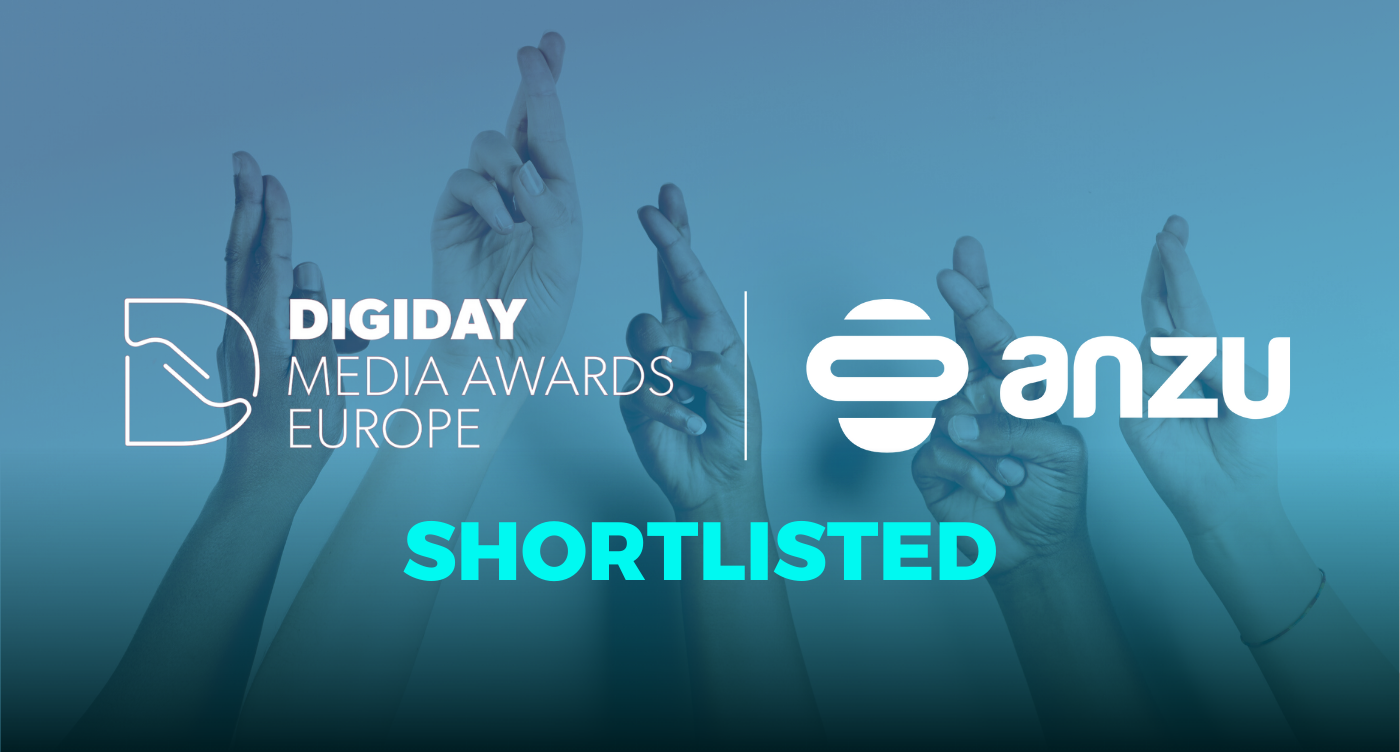 The Digiday Media Awards celebrate innovation and excellence in marketing, digital media, and advertising within Europe.

Anzu was shortlisted for Best Ad Tech Platform alongside other industry leaders including Influencity, Nano Interactive, Outbrain, Teads, and Unruly.

The winners will be announced at the end of June during a special live-streamed event.

This news comes after a flurry of recent shortlistings for the in-game advertising platform which includes being shortlisted for the In Gaming award at the IAB Europe MIXX Awards 2022 and for both Best Tools Provider and Best Service Provider at The Pocket Gamer Mobile Games Awards 2022.

You can watch Anzu's entry video which was submitted as part of the award entry below.

Anzu Named As Best Tech Partner At The Drum Awards 2022