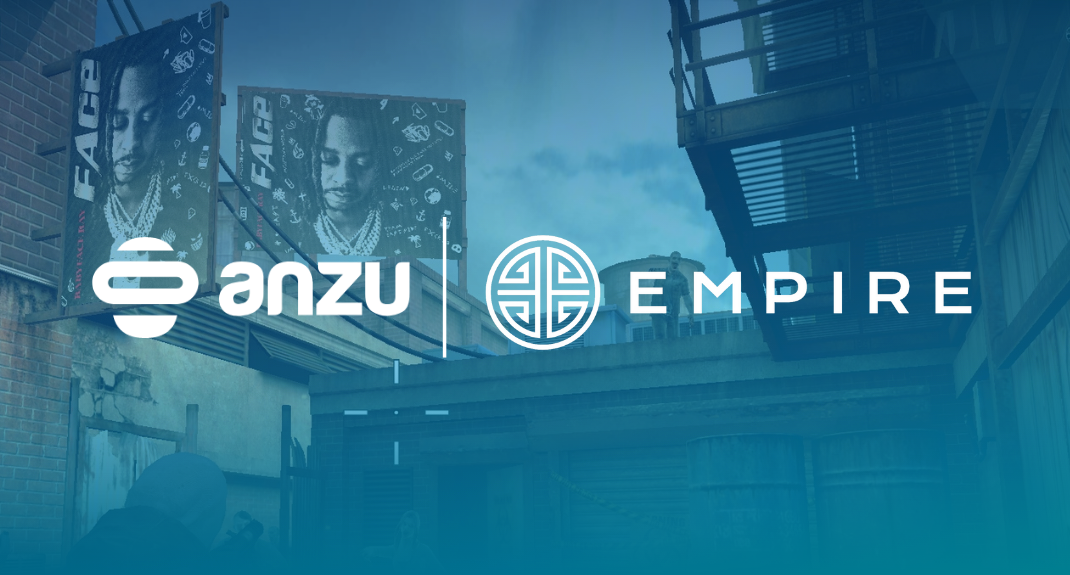 
Recognizing the convergence of entertainment, music, and gaming in contemporary US culture, and with 226M gamers in the US and growing, EMPIRE utilized the reach and impact of in-game advertising to support the new release, achieving the novelty value required for Babyface to stand out and succeed in such a competitive market.

Working in partnership with EMPIRE, Anzu delivered a solution to meet the campaign’s twin objectives – to grow awareness of the album release, and drive listening consideration.

By prioritizing a target audience of young males, including the all-important early adopters and influencers, Anzu helped EMPIRE deliver a national campaign that sought to spread awareness far beyond Babyface’s Detroit heartland and build a platform for sustained global success.

The campaign ran across many popular mobile and PC titles from Anzu’s vast premium inventory – including Ubisoft’s Trackmania, Axis Football, Left To Survive, Slapshot: Rebound, and Ultimate Car Driving Simulator – via in-game ad placements that were built into the gaming environment, complementing play, and enhancing the realism of the experience.

To measure and understand the impact of the campaign, Anzu worked with its partner, Lumen Research which specializes in attention measurement. Lumen reported that the in-game ads delivered an outstanding composite attention score that was 3.9x their desktop display benchmark, along with 93% viewability on PC and 94% on mobile. Such high attention levels are synonymous with gaming as there is no second screening, and the audience is leaned in and switched on.

Lumen Research also revealed that the outstanding attention metrics converted into recall and intent with zero spontaneous misattribution to other rap artists, and the test group significantly outscored the control group when it came to listening intent.

"The campaign exceeded all expectations and played a huge part in helping us spread the word about the new album. There is a movement toward entertainment mediums converging, and gaming is at the epicenter of this shift. Bringing Babyface into the gaming world has allowed us to reach his fans in an engaging way in their favorite games. The campaign not only achieved extremely high attention rates, but the average view-time for the ad was 2.6x higher than what we would expect for desktop."

EMPIRE is the latest in a steady stream of premium brands, including Vodafone, PepsiCo, American Eagle, and Samsung, that recognizes the overwhelming potential of in-game advertising for their marketing campaigns. They have partnered with Anzu to bring their campaigns to life in some of the globe’s most popular and engaging mobile, PC, and console titles, as well as within gaming metaverse platforms.

"Entertainment brands like EMPIRE are turning to in-game advertising as it opens up new opportunities to reach historically hard-to-find audiences. In-game also allows these brands to engage with passionate gamers in a fun, non-intrusive way that enhances the gaming experience.

This article was originally published on AdExchanger.com on May 18, 2022.