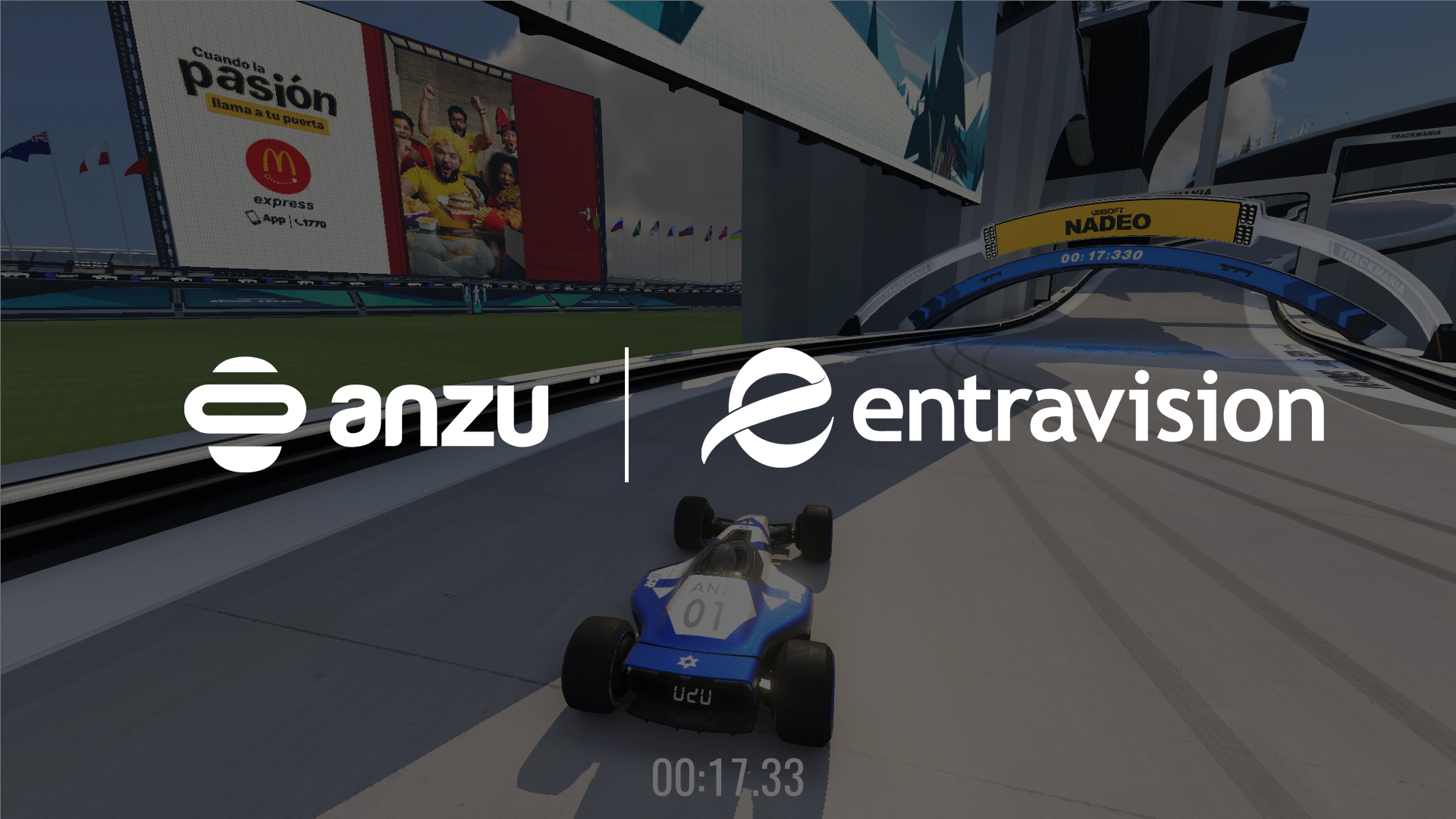 Entravision, a leading global advertising solutions, media, and technology company, today announced that it has become the exclusive partner in Latin America for Anzu.io, one of the world’s most advanced in-game advertising platforms.

Entravision, through its business unit Entravision-Cisneros Interactive, will exclusively represent Anzu in 18 Latin American markets, educating advertisers on the power of in-game advertising and enabling companies to leverage Anzu’s award-winning solution for advertisers, developers, and players.

Since 2017, Anzu has put players first, working with some of the world’s largest advertisers – including American Eagle, Samsung, Vodafone, and PepsiCo – to provide education on the huge opportunity presented by the gaming market, and enabling these advertisers to run unique campaigns via non-intrusive in-game ad placements that enhance gameplay and bring a sense of realism to the player experience. Anzu’s cross-platform offering allows advertisers to run in-game ads across mobile, PC, consoles, and gaming metaverse platforms, in some of the world’s most popular titles from leading developers including Ubisoft, Saber Interactive, Amanotes, and many more.

"Gaming generates twice the revenue of the film and music industries combined, making it the fastest-growing form of entertainment with 3.4 billion players worldwide. Anzu changes the rules of the game for advertisers, creating an ecosystem where advertising can thrive.

We are thrilled to embark upon this partnership to take in-game advertising in Latin America to another level. Anzu's proposal is not only revolutionary, but it is also the future of our industry, and we want our clients to be at the forefront of innovation when it comes to advertising."

"Latin America is one of the world’s fastest-growing gaming regions, with the highest player growth from 2015 to 2024. Our partnership with Entravision means advertisers in the region can now reach this growing audience via non-disruptive in-game advertising. Our patented, adaptive technology, first-to-market in-game ad viewability measurement with Oracle Moat, and full suite of third-party integrations with AdTech vendors also mean they will also be able to effectively measure the impact of their in-game ad campaigns and compare them against other digital channels."

Entravision has been a long-term player in the gaming market and remains at the forefront of mobile gaming advancements. This partnership with Anzu will enrich and strengthen Entravision’s capabilities in the gaming area.

The article was originally published on April 19 2022 on Yahoo! Finance.

Anzu Partners With Microsoft To Use the Power of Microsoft Azure to Enhance its Commitment to...