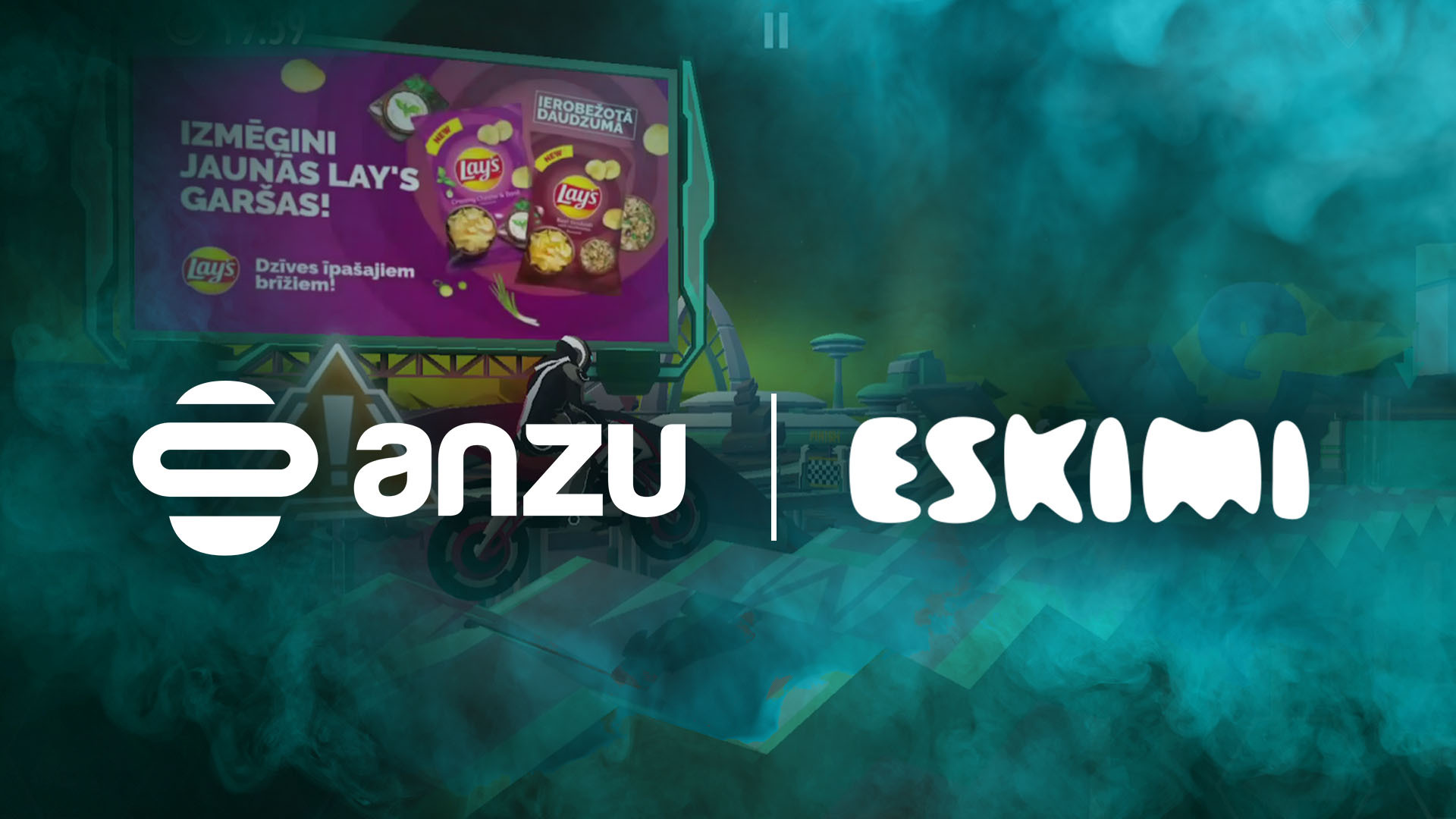 One of the world’s largest and best-known snack companies, Lay’s, partnered with Eskimi, a full-stack programmatic data platform, and Anzu.io, the world’s most advanced in-game advertising company, to launch an intrinsic in-game video ad campaign to promote its potato chips among the mobile gaming audience in Latvia.

Lay’s wanted to leverage gaming to help it reach its target audience of 18-34s and worked with Anzu and Eskimi to get in front of Latvian gamers in the most engaging and non-disruptive way. The 6-second videos, which were to the point and showcased Lay’s products in a quick and effective manner, worked extremely well in the fast-paced gaming environment and achieved a 92.5% video completion rate, a 98% viewability rate measured by Anzu’s patented 3D ad tracking engine, and cyber security platform HUMAN reported a 0% invalid traffic score for the campaign, reinforcing the low fraud rates associated with gaming environments.

“We are very satisfied with the campaign. It allowed us to reach players who are fully focused on their game and won’t tolerate any intrusive advertising. With such high engagement, it’s no wonder we were able to achieve such high completion rates. Only a few ad platforms provide such high-quality placements.”

“The huge success Lay’s has seen from this programmatic campaign demonstrates the power that short-form video ads have in gaming environments if you get them right. By using the 6-second format, keeping the videos to the point, and effectively showcasing their products throughout, Lay’s were able to spread awareness and engage thousands of gamers in a way that was complimentary to the gameplay.”

“In-game is dominating the Baltics! There’s no better way to showcase the intrinsic in-game opportunity than with a globally established brand like Lay’s. We continuously encourage brands to think about the unique gaming environment. Lay’s video perfectly blends into the game as it is short, includes distinctive images and the brand’s logo. We hope to see more FMCG brands dipping into in-game advertising. Let’s not forget that 80% of gamers drink or eat while gaming. These results scream FMCG!”

Get in touch to discover how Anzu and Eskimi could help take your brand to the next level with intrinsic in-game advertising.