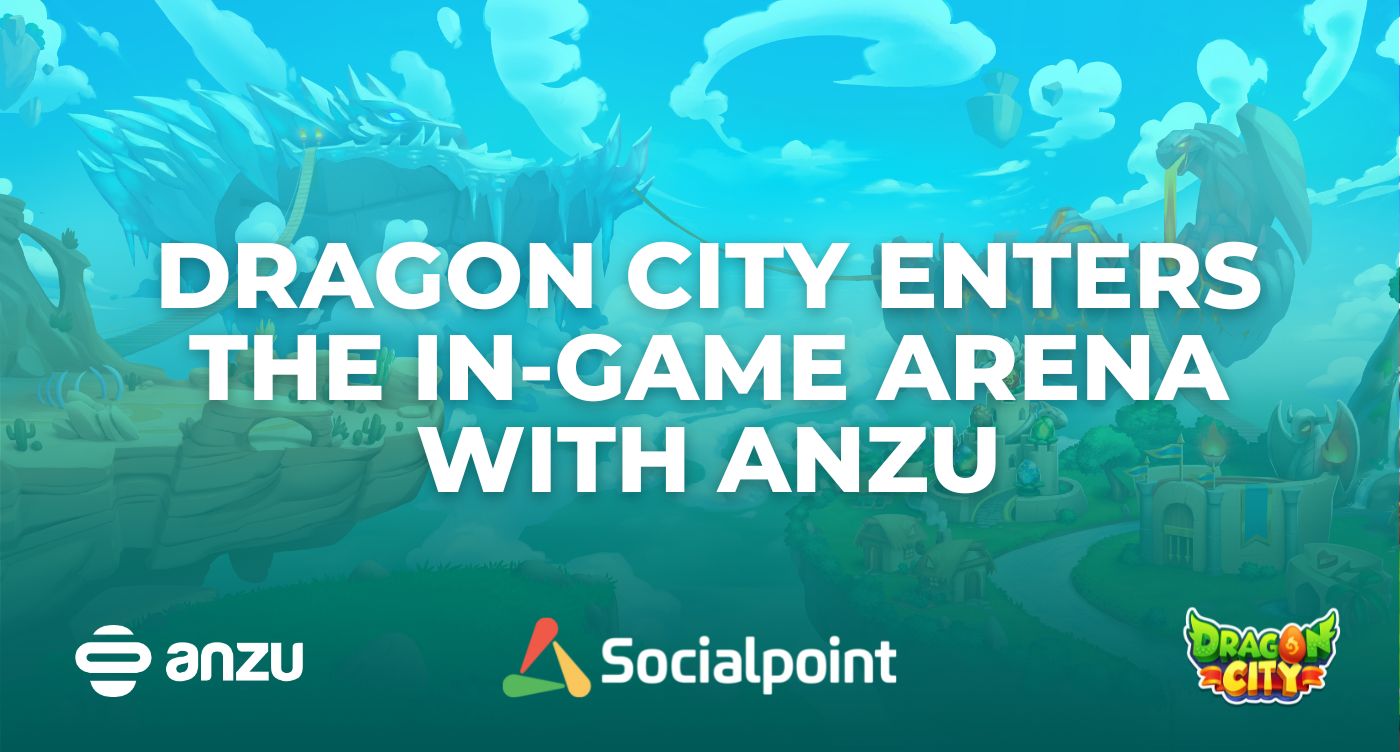 Advertisers will be able to reach hundreds of thousands of engaged players in Dragon City with non-disruptive ads, thanks to Anzu and Socialpoint’s new partnership.

Anzu.io, the world’s most advanced in-game advertising platform, today announced a new partnership with Socialpoint, a wholly-owned mobile games development studio that is part of Take-Two Interactive’s Zynga label, which will enable advertisers to run ads in the popular town-builder and strategy-game, Dragon City.

The partnership will see Anzu’s non-intrusive intrinsic in-game ad placements integrated into Dragon City, appearing on 3D objects throughout the game to preserve the user experience while enhancing the gameplay. Advertisers working with Anzu can run their display and video ads within the iOS, Android, and PC versions of Dragon City to reach hundreds of thousands of highly engaged players globally.

Dragon City plays host to more than 1,600 dragons for players to collect, each beautifully designed with its own personality, skill, and rarity. Players can breed, grow, and level up their dragons while sending them to compete in epic battles online. In its most recent and exciting update, the game partnered with AMC Networks to bring The Walking Dead experiences to the game. Anzu now allows advertisers to reach Dragon City players across all geographies, with a special focus on the U.S., UK, Germany, France, Canada, and Australia.

“Dragon City is a renowned title with rich and engaging content that keeps players coming back every day, and Anzu’s ad placements allow advertisers to tap into this diverse and highly engaged audience in a non-intrusive way. The game has a huge following, and it’s been great to work with Socialpoint to help them establish their in-game ad monetization strategy, which benefits their studio, players, and advertisers.”

Advertisers working with Anzu benefit from its advanced technology, rich and diverse game inventory stretching across mobile, PC, and console, and its partnerships with third-party vendors like IAS and Oracle Moat, providing advertisers with third-party viewability verification and in-view metrics when running in-game ads, either direct or programmatically. Anzu also worked closely with the IAB, MRC, and other industry experts on the newly published intrinsic in-game advertising guidelines to help bring more standardization to in-game advertising.

"We are very excited to see how Anzu's industry-disrupting technology will help us create a new revenue stream. We are also looking forward to welcoming some of the world’s biggest brands into Dragon City, further enhancing the gaming experience for our players worldwide.”

This article was originally published on VentureBeat on November 10, 2022.